The event was attended by Clare Mann – Director of Bus Operations (TfL) and David Brown – Group Chief Executive for Go‑Ahead.

The garage is based in the old sugar refinery in a building known as the ‘Three Peaks’ due to its outline and it is within walking distance of the O2.

This site has undergone major reconstruction to facilitate 125 buses and Engineering infrastructure. The garage commenced operations on 29 July 2017 with the 24 hour route 108 serving Stratford to Lewisham; 129, Greenwich to North Greenwich and the 286, Greenwich to Queen Mary’s Hospital.

These routes were joined by the 188, North Greenwich to Russell Square in November, followed by the 180, Lewisham to Belvedere and 225, Hither Green to Canada Water. The design has had to take into consideration the current outer shell, which made for creative use of the space available, constructing Engineering offices, vehicle lifts and a brake test facility. A new exit ramp was constructed to allow a one-way system to be created through the garage.

Clare Mann said: “I was impressed with the management teams’ efforts in opening this garage”.

David Brown added: “This is an interesting location for a bus garage, but it is operating well under difficult local circumstances”.

“On the whole, the day was enjoyed by all, despite the weather trying to dampen everyone’s enthusiasm.” 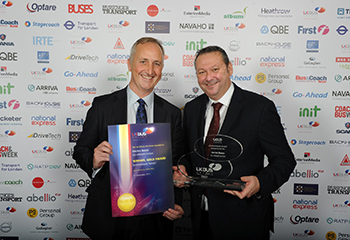 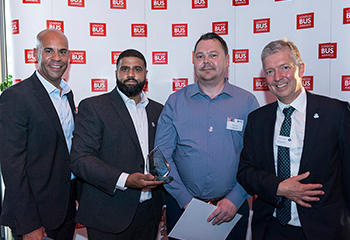